Debate is on now   to locate second  additional KIAL Airport near Bengaluru  -will it be Tumakuru?

Now Debate is going on  across the power corridors of Government of Karnataka  for building second Airport Facility to Bengaluru as total solution to the congestion problem  at KIAL and  to its handling saturated  Air Traffic. Hence lookout for several new locations beyond Greater Bengaluru and three to four places has been short listed.

One among short listed place is Vasantha Naraspura Outer Tumakuru, which  is neighborhood location to the Bangalore and just one hour drive to KIAL/Bengaluru.  Hence this is ideal location to have Second Airport .

The State  Planning commission has advised the Government of Karnataka to build Green filed Airport  as an additional facility at Tumakuru in a bid to decongest Air Traffic in Bangalore, as this smart  city is relatively close to the State Capital, as such Tumakuru is  a natural choice

Tumkur smart city City is having   multiple developed/ developing infrastructure index values to have Airport and the same will cater future following sectors..

Under implementation   Chennai- Bangalore –Chitradurga Industrial corridor [CBCIC] to contain Tumkur Industrial node & under planning Bangalore Mumbai Economic Corridor, [BMEC] is also passing through the Tumkur Industrial Node.  The Corridor between Chennai-Bengaluru-Chitradurga will have an influence area spread across the southern Karnataka.

National Investment &mfg zone [in short NIMZ] is coming up in vast area as much as 13000+ acres land. In this same location   Tumakuru Industrial node Area (1,736 acres) in Karnataka under CBIC has been approved by NICDIT and approval from Cabinet Committee on Economic Affairs is being sought.  The DIPP has already initiated action plan for implementation by 2021,

This location is going to have the Tumkur Machine Tool Company a dedicated Hand tool cluster under the ministry of Heavy industries GOI & MSME Technology center under ministry of Ministry of MSME, and planned Mega skill Park by the GOK. Added to the above the HAL new investment is coming up just half hour drive from Tumakuru mainly to manufacture Light Combat Helicopters [LCH] and ISRO is also investing in Tumkur District.

Under Master planning Freight Village concept –Agri logistic Park is also planned will add Air cargo business in volume & Value. This location is also is adjacent to Information Technology Investment Region,[ITIR]Bengaluru. Further much talked Defence Corridor which is now uo to HOSUR [TN] now planned up to Tumakuru as per Defence Minstry.

With all above advantageous location Tumakuru [Karnataka ]  & as this location will be support base to main International Airport  Bengaluru,to support beyond  today  for smooth  handling  heavy Air traffic  and Concessional agreement will not come in way to establish  Green field Airport  at Tumakuru, if the developers of KIAL is also part of this proposed green field Airport.

it is fact that the  Hon’ble Member of parliament Sri G.S.Basavarj  has given the push, taking up  the issue with the sri Hardeep S.Puri, Hon’ble Union minster of State for Civil Aviation[independent charge] in feb 2020 and again recently also with the Hon’ble Chief Minister , sri B.S..Yadiyurappa. . He had also met Infrastructure Department Secretary Govt of Karnataka in this regard. Let us see whether it will happen, as a new fast connecting mobility Infrastructure to the emerging smart City TUMAKURU and up comingNIMZ/ Industrial Township near Tumakuru Vasantha Narasapura . 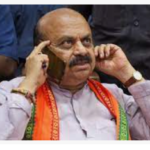 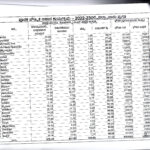 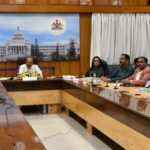 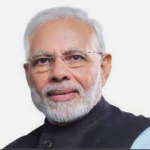 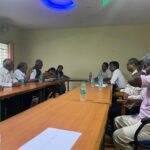 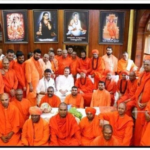