India is emerging  as Land of Investments to attract the business out of china . India is the only destination that can offer a china scale  highly skilled labor force  ,impressive entrepreneurial talent  with technical ,management services and china scale domestic market .Prime minister Shri Narendramodi  has urged the state governments to woo global cos leaving china ..Chief Minister BS Yediyurappa  held the first road show on the GLOBAL INVESTORS MEET (GIM2020) At Davos Switzerland .

“Karnataka has the Advantage of coastline and ready_made Industrial Park with necessary clearance &with sufficient man power and improved infrastructure stated the chief minister.”

The manufacturing units that come up here will serve as an obsolute economy booster for the region .It will open up a world employement opportunities that will boosts the local economy

Tumakuru –Chithradurga – Davanagere  RAILWAY PROJECT PARALELL TO NH  IS A GAME CHANGER railway line with plans of using it has freight corridor .it will boost industrial growth along the corridor this line will provide seamless connectivity between central Karnataka and north Karnataka

It is estimated that NIMZ ,BMEC&BCIC would create 100 million jobs in future 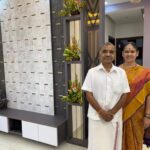 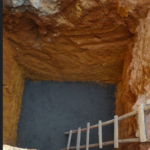